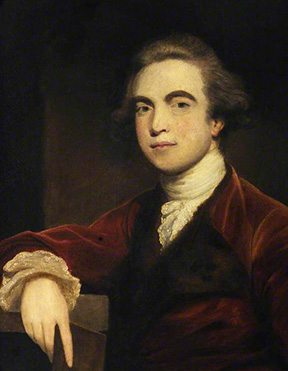 Although Jones (1746-1794) was not a primary author of the notebooks, his handwriting is present and he was a valued member of the Court and city. Biographical information is available in many places.

The most recent biography is Michael J. Franklin's Orientalist Jones: Sir William Jones, Poet, Lawyer, and Linguist, 1746-1794, from which I quote below.

The reports and notebooks of Jones, Hyde, and Chambers await the detailed attention of legal and social historians for the intriguing light they throw upon the complex melting pot that was the colonial capital. The enormous range of causes, in the court's performance of its civil, equity, criminal, admiralty, and ecclesiastical jurisdiction; the bewildering variety of nationalities and languages, reflecting the global nature of Company trade, and requiring accurate translation - a witness, Caesar de Rosario, states: 'I understand Bengally better than Portuguese'; of court procedures requiring the legal opinions of maulavis and pandits; oaths sworn upon Ganges water, the Koran, the Bible, or by Parsees 'oblating the Sun, the four Elements & the Supreme God'; all demanded an extraordinary level of legal expertise from court barristers as much as judges.

Jones battled illness during his ten years in India and died suddenly on April 27, 1794, of an inflammation of the liver common in Bengal (Franklin, p. 327).